Get to know our friendly Fitness Together® Personal Training Staff at Andover. 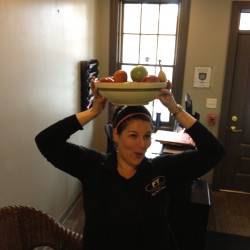 Amy graduated from Mount Ida College in 2003 with a Bachelor’s Degree in Communications. Amy has struggled her entire life with her weight, but working behind a desk at finance jobs she was unhappy at, made her peak at a weight considered to be morbidly obese. At that point, she realized the damage she was causing to her body, so she enlisted the help of a personal trainer. Altogether, Amy has lost a total of 85 pounds!

After losing this weight, Amy’s entire outlook on life changed and she decided to change her career as well. She attended the National Personal Training Institute then went on to train clients at Fitness Together in Belmont for two years. She always had a vision of working for herself, and new the next step would be to become a General Manager, and was fortunate enough to find that position at the Fitness Together in Medford. Once Amy heard that the Fitness Together studio in Andover was for sale, it was a natural move into the ownership role which had been a goal for so long. She enjoys nothing more than to help people achieve their health and fitness goals, and is thrilled to have found a career she loves.

"Go confidently in the direction of your dreams. Live the life you have imagined." -Henry David Thoreau 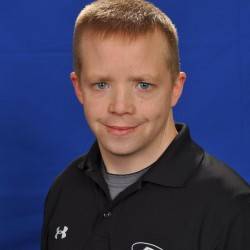 Joe Cronin graduated Nichols College in 2004 with degrees in Sport Management and Accounting. After 2 years of “office work”, Joe decided to follow his passion and became an ACE Personal Trainer in 2006. Shortly after that, he joined the FT team at our Auburndale location.  In 2008, Joe was promoted to Assistant Manager/Trainer at our Belmont, MA location. While in Belmont, he helped turn the studio into one of the most successful studios in the FT system. In June of 2014, Joe made a lifelong dream into a reality and became the Owner at FT North Andover.

An athlete at both the high school and collegiate levels, Joe has been involved with fitness his entire life. Joe takes great joy in watching clients achieve things they otherwise thought to be impossible. He believes that with the right mindset you can achieve anything.

"Don't wait; the time will never be 'Just Right."~Napoleon Hill 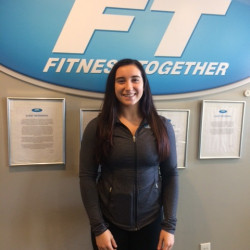 Brianna has had a passion for fitness since a young age. She struggled with managing her weight in her early teens. She never felt comfortable playing team sports as a child so she took it upon herself to be active on her own. She got her first gym membership when she was 14 and hasn't looked back since. Now, Brianna is a competitive powerlifter who travels around the east coast multiple times a year to compete. She enjoys traveling, horseback riding, and lifting weight in her free time. Brianna is passionate about fitness and helping people achieve their fitness goals. With such a driven passion, Brianna got certified as a ISSA Personal Trainer. Her favorite is training one-on-one but she also teaches Group Fitness classes. Brianna is continuing with her education, studying in the exercise science field. Brianna is excited to put her passion and knowledge to work to help clients reach their goals! 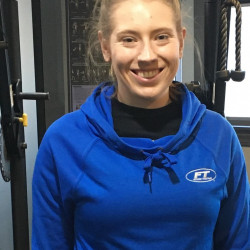 Lizzie started the sport of gymnastics at the age of six and her love for health and fitness developed quickly from then on. After graduating high school in 2015, Lizzie took a gap year before college and became a certified personal trainer through the WITS program. When she began college at the University of Rhode Island the following year, she began her career training students and professors there. She also trained at the Greater Beverly YMCA on breaks from school. Lizzie later decided to transfer to Merrimack College where she is currently studying nutrition and health and wellness management. Her ultimate goal is to become a registered dietitian. She continues to compete in gymnastics at Merrimack as the coach of the club team.

In her free time, Lizzie enjoys going to the beach, hiking in the woods with her German Shepherd, and taking yoga and zumba classes with her mom, Ann.

“As long as you’ve done your best, making mistakes doesn’t matter. You and I are human; we will mess up. What counts is learning from your mistakes and getting back up when life has knocked you down.” –Shawn Johnson 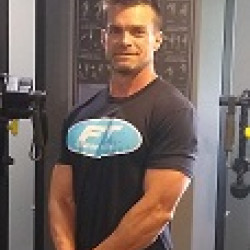 Patrick has worked for Lawrence Public Schools for the past 12 years and is still employed there. He has been an avid exerciser for over 20 years. After a major knee injury and the subsequent recovery, Patrick realized that there is more to fitness than just lifting weights. He believe in order to become your version of ‘fit’ there must be a balance of eating right, taking care of your body, and living a clean, healthy lifestyle. Patrick is a lifelong resident of Methuen and is passionate about helping clients achieve their goals!

“Every accomplishment starts with the decision to try.” ~John F. Kennedy