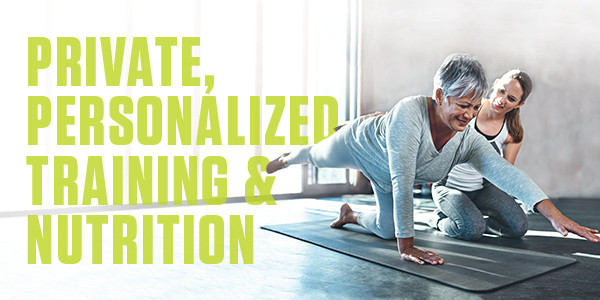 CLICK HERE to find out more about our amazing 1:1 Life Nutrition Coaching that gets results based on scientific info below. Hope you enjoy the REAL SCOOP!

Are All Calories Equal?

What Happens When You Over-Consume? Using the Analogy we shared using the gas tank.

Each individual can only handle x-# of calories per sitting. Even if the individual ran a marathon and likely has a caloric deficit from that prolonged activity, he can still only manage x-# of calories at the post-marathon meal. Any additional calories will spill over into the system and eventually convert into fat. That’s powerful information.

Conversely, using the same scenario, the individual likely does have a caloric deficit for the day, therefore can/should intake more calories throughout the day without the same effect of spillage.

More frequent properly portioned meals vs. a really big meal because “I deserve it since I just ran a marathon.” Make sense?

LBM is important for many aspects of health, not to mention holding up your skeleton! LBM is where fat cells travel to be used as fuel and out through the blood stream. Having LBM tissue means you have a better opportunity to burn more fat. Back to the car analogy; A Ferrari has a massive engine that burns lots of high quality fuel. It is a beast! Conversely, a Hyundai has a small engine that burns small amounts of low-grade fuel. It’s a sloth. You want

your body to be a Ferrari!

Resting metabolic rates are higher in people with more lean body mass, or

muscle. Claims have been made that muscle burns fat at rates upwards of 30

times that of fat. However, this appears to not be the case. Fitness author

Christian Finn writes that for every pound of muscle you have, your body will

burn about 6 calories per day. This is referred to as the daily metabolic rate.

Metabolism is a product of resting metabolic rate. Because resting metabolic rate is influenced by lean body mass and physical activity, increasing these factors will improve metabolism. The Centers for Disease Control and Prevention recommends 150 minutes of aerobic activity spaced throughout the week. A well-balanced exercise program also includes strength training because of muscle's higher daily metabolic rate, the American College of Sports Medicine reports. Strength training can also fight some of the natural muscle atrophy that occurs with aging.

By increasing your percentage of lean body mass through exercise, you'll increase you resting metabolic rate.

Can You Convert Fat Tissue to Muscle Tissue?

It's physiologically impossible to turn fat into muscle because they're two

up of adipose tissue, while muscle is made of proteins).

So fat is fat and muscle is muscle

Muscle mass and fat are two different animals: Muscle is active tissue that burns calories around the clock even as you sleep, kind of like an engine running in neutral. When you move around, you burn more calories, just like a car will consume more gas the faster you go. Fat, on the other hand, is just a storage of excess energy. It does nothing but sit there with its sole goal in life to be a spare tire around your waist until you put in the effort to burn it off.

Body fat is not particularly useful except as padding against bumps, as insulation to preserve warmth. You need some body fat to stay healthy of course, but unless you're walking around with razor-sharp abs and sunken, fat- depleted cheeks year-round, you have nothing to fear.

Does A Pound of Fat Weight More Than a Pound of Muscle (LBM)?

A pound is a pound. A pound of feathers and a pound of lead are the same pound, but the density and appearance of the pound are what differ.

A pound of fat is blobby and dimply. A pound of muscle is dense and compact.

The myth that “everyone knows that muscle weighs more than fat” is just that, a myth.

Where Does Lost Fat “Go”?

How Many Habits Should You Break Per Week?

 Plan for the Habit Change

 Understand Your Habit Loop/ How to Form a Habit

 Develop the Antidote to the Bad Habit  IE: Bad Habit: Drinking Diet Coke instead of water throughout the day. Antidote: Replacing Diet Coke with water. New Habit Commitment: “I will only allow myself to have a Diet Coke after I have consumed at least 64 ounces of water during my day.”

CLICK HERE to find out more about our amazing 1:1 Life Nutrition Coaching that gets results based on scientific info above. Hope you enjoy the REAL SCOOP!