What is the difference between a squat and a deadlift?

Question: "What is the difference between a squat and a deadlift?" 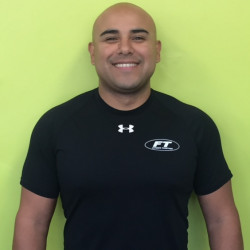 Squats and deadlifts are the two most popular leg exercises and produce the most strength gains in your legs. However these two exercises differ and it is important to understand the purpose of each one and how they are used in resistance training.

The squat is the most standard exercise when training legs. Just about everyone knows how to perform the basic squat exercise. The squat is a great exercise to train all the major muscles in the lower extremity (glutes, quads, hamstrings). The squat is primarily a glute dominant exercise. All the power generated from the squat is produced by your glute muscles and stabilized by the quads and hamstrings. The squat can be a very powerful exercise because as you continue to train you progressively strengthen those major leg muscles and will see extreme weight increase in your squat over time. There are many different ways to squat. Most individuals start out in the beginning stages of the squat which primarily consists of a bodyweight squat or a goblet squat. As you progress you will be introduced to the front squat and eventually the split squat which targets each leg individually. Once you have generated enough strength and stability in your legs many move on to the barbell squat which is the exercise you can get the most strength and power from.

The deadlift is the other most common leg exercise that produces tremendous lower body strength. The deadlift is also one of the hardest leg exercises to master. There are many beginning steps to the deadlift. This is a hinge exercise which means you are bending from the hips and engaging your glutes and hamstrings as the primary muscles. Because you are hinging or bending from the hips you must be extremely careful not to primarily engage your lower back muscles. Form as with any exercise is very important when it comes to deadlifting. Before you can even think about picking up a barbell and deadlifting like you see people do in the gym or on television you need to know the basics to the deadlift and condition your body and build a base and familiarity before you even attempt a traditional deadlift. Typically the beginning steps to the deadlift require you to focus on the hinge and bending movements. These steps can be a bit primitive and boring, however they are necessary to produce muscle memory and allow you to feel comfortable in this position. As you progress weight will be added as you perform goblet deadlifts and transition to the single dumbbell and then two dumbbell deadlifts. After you have mastered these steps and feel comfortable with the heavy load that the deadlift can and will create, you are ready to move to the traditional barbell deadlift where you can really maximize your lower body strength. 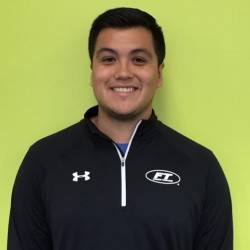 Squats and deadlifts are both great compound exercises that strengthen your lower extremities and your core. Anywhere and everywhere you go to exercises you are bound to see a couple people doing these two exercises. They are great exercises and should be included in your programs if done correctly.

A squat is one of the best fundamental exercise and movement pattern to learn. Anyone training or working out “legs” will have some sort of squat variation built into their program for strength, endurance and/or power. The first major differences between a squat and deadlift are the muscles activated and utilized during the exercise. When you squat the primary muscles you use are the quadriceps and gluteus maximus, the secondary muscles are the abductors, hamstrings, erector spinae and transverse abdominus. Each muscle is important to making sure your squat form is as perfect as can be. When it comes to form, the squat has many progressions it can go through to make sure each squat is done properly. In order to fully understand a squat, typically a beginner starts with a body weight squat onto a bench. The idea is so they “sit back” during the downward phase of the squat and control their body down and when they stand up, they use their heels to stand and push up. From there they can progress to goblet squat with weights to a back squat then a front squat and even single leg and so forth with each progression harder and more complex than the one before. The idea is to master and feel comfortable with each exercise before moving on to the next, you can never do one to many squats.

The other half of the two famous lower body exercises is the Deadlift. Of the two, the deadlift is primarily the harder of the two for people to master. The muscles engaged and the exercise form makes it harder than the squat for people to do this exercise correctly. The primary muscles used during a deadlift are hamstrings, glutes, back (lats and erectus spinae.) When learning a deadlift one must remember the word Hip Hinge, it is very important to this exercise! Hip hinging is key to doing anything with deadlifts. When you hinge your hips you are pushing your glutes back to a wall as if someone was pushing your from your front hip bone. You should feel a “stretch” in your glutes and hamstrings. You begin with doing this movement body weight and with a stick on your back to ensure you are pushing your hips back and not bending over. By bending over and bending your knees to far forward you are loading your lower back and not your glutes/hamstrings.