A recent NYTimes article by Gretchen Reynolds reported on a study in the journal Cell Reports that compared the cognitive function of mice whose male parent had experienced enhanced cognitive and physical environments, versus sire mice that had not had such a stimulating environment.

One subgroup of sedentary, genetically identical mice was given an enriched environment in adulthood, with both mental and physical stimuli - running wheels, habitrails, toys, etc. The other group was allowed to remain sedentary.

The study results showed that the adult male mice who exercised their bodies and brains, as well as their offspring, benefitted from the parent's increase in activity. The active adult mice performed better on cognitive tests; the babies had faster learning capabilities and better memories than the offspring of the sedentary mice.

The study authors believe that the plasticity of RNA passed to offspring via sperm may be at the core of this phenomenon, meaning that inheritance of cognitive benefit acquired by a parent prior to conception is a real possibility in humans as well as that seen in mice. So, gentlemen - you are not off the hook for the wellbeing of your future children!!

Consider the mouse study, and all the benefits it suggests that come from regular physical and mental exercise. Don't be like the sedentary mouse. Be the active mouse.

Come see us for a free session!

The authors, Benito, et al., end their report reiterating the study outcome, and an enticing recommendation:
"In conclusion, the idea that EE [environmental enrichment] training in adulthood provides a cognitive benefit not only to the individual undergoing this procedure, but also to its offspring is fascinating. Whether these findings are translatable to humans needs to be determined. Nevertheless, the accumulating evidence [...] is an issue that not only needs to be considered in reproductive medicine, but may also offer the chance to discover biomarkers for complex diseases." 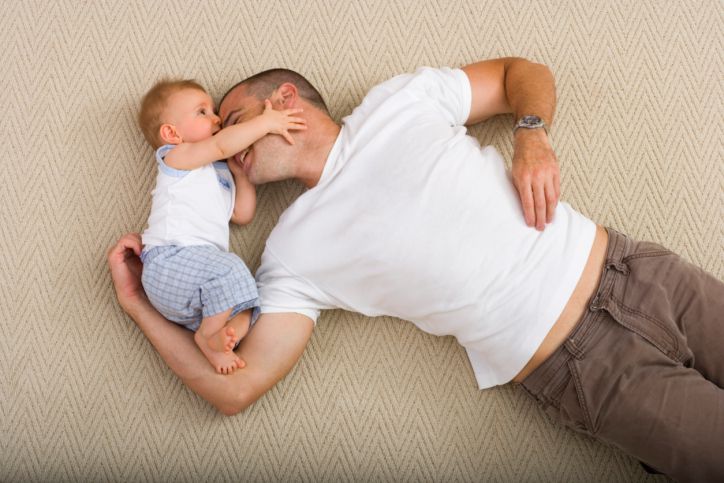