Get Inspired, Get Results. *Individual exercise results may vary.

Fitness Together - ClientTestimonials from WellBiz Brands on Vimeo.

I am the typical suburban woman that tends to put everyone and everything in front of her own health. So, after years of ignoring some huge warning signs in my life such as family members with diabetes, high blood pressure, cholesterol, I found myself in the position of being heavier than I have ever been, feeling terribly run down and old and looking at some alarming lab results from my last doctor’s visit. I decided that I had to do something.

I saw the Facebook ad for Fitness Together and decided to reach out to Terry. He was very encouraging and told me that he and his staff could make a difference in my health. I was paired up with my trainer, Jay, and began a training program. I was making goodprogress. Jay was encouraging and at the same time didn’t accept any of the excuses that I had in my head such as “I’m too old” or “I can’t.”

After about a month, Terry asked me if I would consider participating in his intermittent fasting program. I agreed and WOW, WOW, WOW! It has finally clicked with me. Not a diet but a complete lifestyle change. I no longer look at food as a source of comfort or a social activity but as fuel for my body and my health.

Fast forward to 2 months later and I am 25 pounds lighter. Stronger and more mobile than I have been since my teens. My body is beginning to resemble the age that I feel like I am in my head instead of what it says on the calendar!!!! I have a ways to go but I totally believe that my goal is going to be a reality instead of a lofty dream that I will never achieve.

I am so grateful to Terry, Jay, Jason and Chris for being so supportive. I have my sassy mojo back so the world had better watch out!!!! 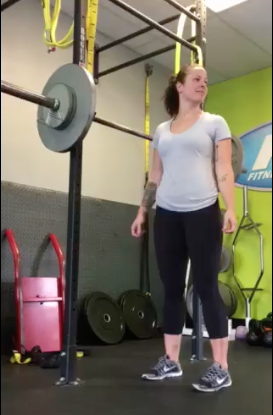 When I first started taking care of Nate I was at 203 lbs and hadn't done any sort of heavy lifting since I was in high school. My confidence was at an all time low and I felt hopeless.

The first day I took Nate to fitness together Terry Rice, out of the goodness of his heart, invited me to work out while he trained Nate. That gesture literally changed my life! Now I'm healthier then I've ever been and on my last day working out with him and Nate Redman at FT I hit a personal record of 175x2 @ 155!!

Thanks to the guys at fitness together I am more confident then ever and will never look back!

My name is David Moscher. I really want to thank Fitness Together Parker, Terry Rice and his excellent staff in helping regain my life! Just a year ago last January; I lost my daughter to cancer. Soon after her death, I began to spiral into a deep depression that affected my emotions and physical health. I had aches and pains in all my joints and I walked around slumped forward. I was just trying to just get through each day one at a time.

Ten months ago, I met Terry at Fitness Together and I decided I needed to start living again. Terry and his staff helped me through some very difficult times. They always listened to me when I needed to vent. That gave me emotional support. Their expertise with their fitness training helped me get my strength and posture back.* Every day is a struggle, but the variety in the workouts, gives me a way to escape and a way to de-stress myself.

Just over two months ago I underwent total knee replacements on both my legs. Today, two months post-surgery, I am hiking, climbing mountains, riding my motorcycle and doing more squats (thanks Terry) than I thought would be possible this soon after surgery.* My surgeon cannot believe how well I am doing.* He told me that he sees patients get my results 10 months to a year post-op. He is truly amazed, and so am I.*

I know that the workouts pre-surgery and the expert training post-op, has truly given me my life back… physically and mentally.* I must thank Fitness Together owner Terry Rice and his knowledgeable staff for their role in my healing. I look forward to working out twice a week at Fitness Together. My workouts are different each and every time. Variety keeps me motivated. You really know what you are doing……..

These guys are awesome. I came in not knowing anything about fitness training, and had only been trying to diet for a month or two on my own before calling them. It's pretty intimidating to walk into a place full of personal trainers when you're so out of shape, but they quickly put you at ease.

I meet with Jay several times weekly, and have also met with their other two trainers, Terry and Eli, once each as well. All three of them are very understanding and kind, which helps you not feel like such an idiot in there. Of course, they are also very good at what they do, and all of them can kick your butt into gear as necessary. Each session is unique, and I never know what to expect going in. Some days are quick-paced and full of random balance exercises, while others focus on pure strength training.

Depending on when you go in, you can see anyone from a young high school kid to 70+ year olds, to lots of business men and moms as well. Watching them, they really know how to tailor each workout to what that person needs. They focus a lot on proper form, and ask a lot of questions to find out what you're looking for exactly. They get your stats monthly and help make sure that your day-to-day life is fitting in with your goals as well (in terms of nutrition, sleep, etc.).

I'll end by saying that if a personal trainer or working out is something you're interested in, give them a try. They had a couple trial options when I first started a few months ago. It's much less intimidating than I thought it would be, and it's helped a lot more than I thought it would. All three guys are great, and will make you feel right at home, even while pushing your boundaries quite a bit.

The exercise I program I received at Fitness Together in Parker was most beneficial in helping me to strengthen my core, improve my balance, and improve my overall fitness.* The trainers are excellent, patient, and very knowledgeable . They always keep me challenged beyond what I would do on my own.

As the saying goes-“I’ve tried them all”- and the one on one training at Fitness Together Parker has proven to be the best for me. Over the past four years, the discipline of Fitness Together plus the trainer’s drive and attention to my personal needs…especially during a post illness rehabilitation period…have had the best physical results that I could require for myself.* It is so much easier to be persistent when you see results.* I highly recommend Fitness Together Parker and their methods for personal fitness success.

I’m writing this letter to you today to say thank you for the outstanding training, support and motivation you and your staff have given me. When I walked into the Parker Fitness Together facility the first week of July 2005 after receiving a mailing you had sent, it was the best decision I could have made.

The results for me by training at Fitness Together - Parker 2 or 3 times per week have truly been life changing.* I have much better overall strength, more energy, a positive attitude, less stress…simply put, good general health*

On my last birthday in March, I turned 60. For many people that can be a devastating experience; but I think of it as a number. This 60 year old is 60 going on 40; and I feel great.* I believe it is all about attitude and doing positive things to stay healthy. That effort has been greatly enhanced for me by staying fit with FITNESS TOGETHER!

Without Fitness Together in Parker, CO I know that I would feel and look much older because---I did!* Dealing with past physical issues on top of aging I was getting lazy and I suffered the consequences. After my one on one training sessions with a great personal trainer, the improvement in stamina and strength is not only noticeable but still continuing.* The knowledge of the personal trainers plus their concern for each individual has kept me going to Fitness Together Parker for over 4 years and I would much prefer paying them than the hospital. It’s one of the best decisions I have ever made.*