Men are generally larger and typically weigh more, they also have more muscle than 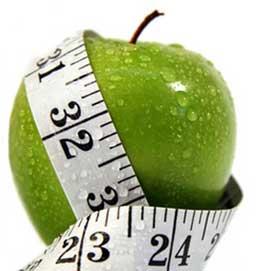 women due to the hormone testosterone. They are genetically designed to have a higher percentage of muscle and less fat.

Women are predisposed to store and retain fat. Women have higher levels of estrogen. On average, women have between 6 and 11% more body fat than men. These larger fat stores are part of a woman's physiology as an assumed adaptation to help women get pregnant and carry to term.

Men tend to have more lean muscle tissue, which burns more calories than body fat, even at rest. When men and women cut the same number of calories, men will typically lose more weight.

The part women get frustrated with is, men will lose weight where they need it most (around the middle), making it immediately noticeable when overweight men trim down. Women's fat stores are more spread out, which is partly why they lose at a slower rate, and when they lose it isn't immediately noticeable. But, there is one thing women can be happy about -- while women are better at storing fat, they also tend to burn more body fat during exercise than men do.

Bottom line. Losing weight is hard for women and men, but anyone can lose weight. With a little work to build more muscle mass and decrease fat stores by strength training you will burn more calories. It will also strengthen your bones and prevent osteoporosis. Starting a program and committing to it is going to get you to your goal no matter your gender.

Chavanne Scott – Manager of Fitness Together Ballantyne in Charlotte, NC

It is typically easier for men to lose weight when compared to women because of physiological differences between the sexes. One main difference is body composition. As a rule, men have more muscle tissue than women. This promotes a faster metabolism. The reason is because a higher concentration of muscle tissue burns more fat; it actually requires more calories.

The other main difference is hormonal. Women have higher amounts of estrogen; a hormone that works to keep the fat on a woman's body so it's easier for women to menstruate and get pregnant. That means women have to work harder to lose weight at the same rate as men.

Men, on the other hand, have higher amounts of testosterone. Testosterone plays a key role in the development of male reproductive tissues as well as promoting secondary sexual characteristics such as increased muscle and bone mass. On average, in adult males, levels of testosterone are approximately 7–8 times higher than in adult females!

Even though it may seem that the cards are stacked against women, there are things that women can do to increase muscle mass (which will result in a higher metabolism) and also control estrogen levels from getting too high...regular strength training; 3-4 times per week is recommended and a diet high in protein and low in sugar/saturated fats.

Men, in most cases, will have an easier time losing weight because they usually have more lean body mass/muscle then women. Muscle is more metabolically active than fat i.e. it takes more energy/calories to sustain muscle than it does fat. That is why strength training is so important as it's the best mode of training for progressively/safely building and sustaining muscle/lean body mass.