What foods are healthier than I probably think they are? 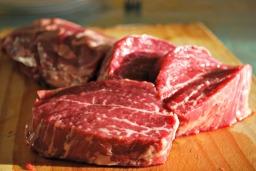 "Red meat is losing its stigma as a contributor to heart disease and expanding waistlines, as long as it is consumed in moderation and you're picking the lean cuts. New studies have shown that saturated fat, in moderation, may not be as bad as originally thought. Another study shows that the conjugated linoleic acid (CLA) found mostly in grass-fed beef is actually associated with lower body-fat percentages. So go grab a sirloin tip side steak, the leanest and most flavorful steak cut, and enjoy!"

"Along with adding a little pep to your step, coffee is teeming with antioxidants. Research has linked drinking the brewed beverage to a decreased risk of type-2 diabetes and improved mental health as you age.

"Peanut butter may indeed contain fat, but 30 percent of your daily calories should come from healthy fats, for which peanut butter is a great choice as long as you limit yourself to one serving which is two tablespoons.The nutty spread is also a good way to get protein, fiber and vitamin E. The same goes for whole peanuts or nuts such as almonds and walnuts; they're a great way to get your daily dose of healthy fats.

"Often bashed for their high sugar and carb content, bananas are a ridiculously healthy fruit that everyone can enjoy. A small banana has the same calories, carbs and fiber as an apple. They also come packed with vitamins C and B6 and good-for-your-heart potassium. Try slicing and baking them for a sweet snack." 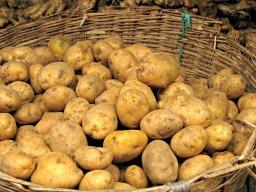 "Corn: Some people are down on corn because it is a starchy vegetable.  It is starchy because it is actually a grain.  One cup of corn kernels has five grams of protein, four grams of fiber (25% more than the daily recommendation), and energy-producing B-vitamins."

"Virtually any of the "healthy fat" foods such as fish (especially cold water fish), olive oil, avocados and nuts. We have been misled for over 40 years as to the so-called "evils" of fat.  In fact, it is the insidious presence of added sugars in virtually everything that is prepared food that is really adding hidden calories and contributing greatly to lifestyle diseases like diabetes, heart disease, and even cancer." 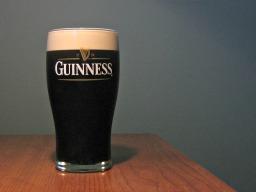 "Guinness beer gets a bad reputation for being high in calories and a "meal in a glass."  It is rich in iron and antioxidant compounds.  A 20-ounce pint of Guinness is a mere 210 calories; compare that to a 150-calorie glass of milk!"

"Any food in excess can be potentially harmful, especially when that food is filled with preservatives, fats, sugars and dyes.  Many foods that have been categorized as “bad” due to excess intake have actually been proven to be quite healthy when taken in moderation, including peanut butter, dark chocolate and red wine.  These foods are a lot healthier than most people think, but only when taken in moderation.

"Other foods that are pretty healthy but most people probably wouldn't think of them to be are guacamole, coffee, and even string cheese. There are tons of healthy benefits to consuming these foods in moderation, although most people may have the misconception that they aren't that "healthy"."

"Who knew? Corn, the tiny kernel that most of the world calls maize (after the Spanish word maiz), is a bona fide whole grain.  And yes, even the popped version counts.

"People who routinely snack on popcorn are way ahead of the game in terms of their whole-grain and fiber intake.  Five cups of air-popped popcorn provides you with five grams of dietary fiber, 40 grams of whole grains, and all this for a mere 150 calories. So snack away, but just be sure to avoid the unhealthy additives -- butter and salt -- that ruin a perfectly heart-healthy food."