How an Advocate, Survivor, and Mom Made Fitness Her Future 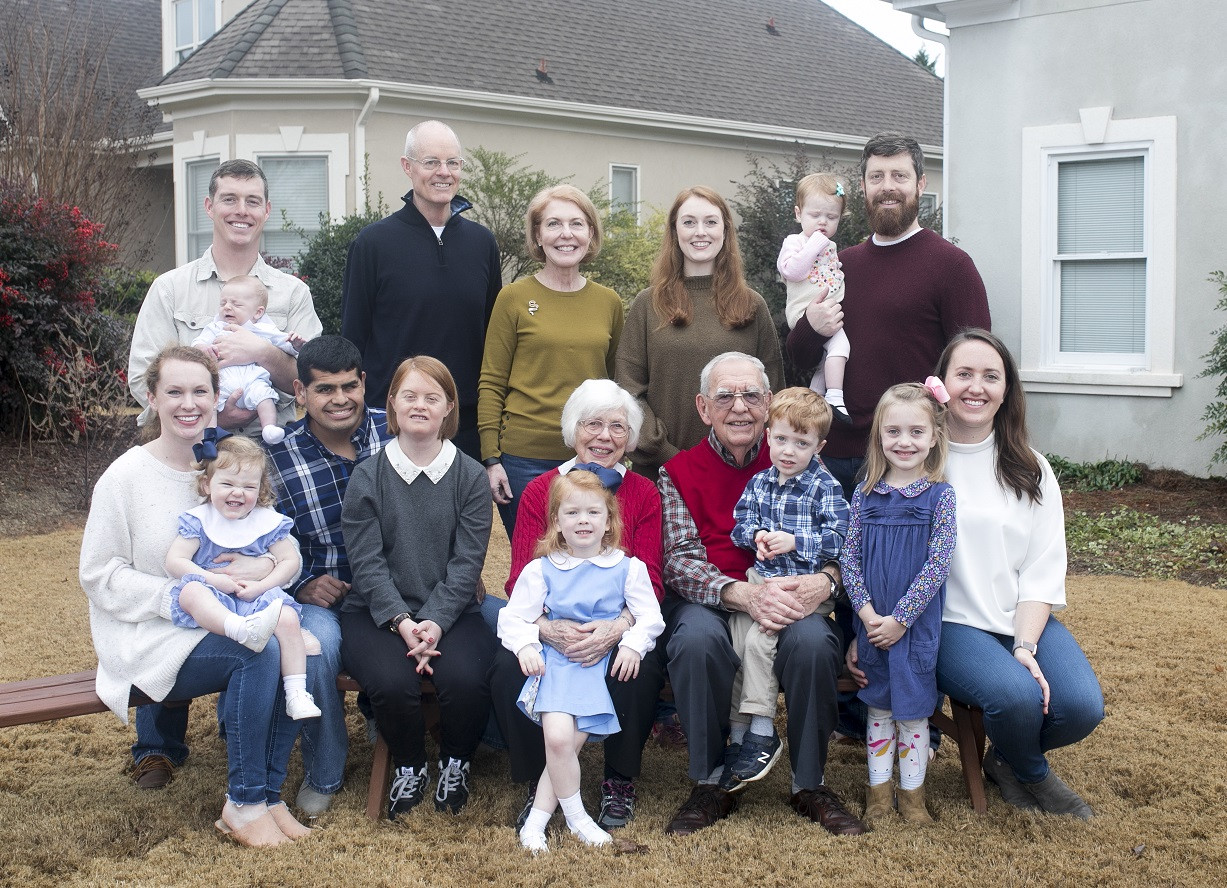 How an Advocate, Survivor, and Mom Made Fitness Her Future

Ask any certified trainer employed at Fitness Together Ellicott City, and he or she will tell you: to build muscle, you must constantly challenge your body. Increasingly heightened levels of resistance cause the individual fibers to break down. Then, as the body repairs itself, these fibers rebound – fusing together and growing in mass and size. And, voila! A stronger, fitter body.

It’s far from an immediate result, though. In fact, for beginners, it can sometimes feel as though it’s never, ever going to happen.

Joan Schnorf is here to tell those first-timers otherwise.

The spirited 62-year old with a slight frame and a shock of strawberry blonde hair is admittedly not what some people would envision when hearing the words “gym owner,” and that’s OK by her. She’s here, regardless.

“Fitness and nutrition have always been passions of mine,” she says. “Always. And that interest has taken a number of paths. But it’s still something I could talk about every day.”

In fact, this will be Schnorf’s 10th year as the owner of Fitness Together Ellicott City. Growing the business over the last decade has been a rewarding learning experience, she says. And, indeed, the journey to Fitness Together took its own byzantine path. But the business, she says – and her outlook – are all the stronger for it.

Not in Kansas Anymore

“I feel like I was very nomadic between the ages of 18 and 34,” Schnorf says.

This self-described period of wandering began at Berry College in Rome, Ga.; an experience she looks back on fondly.

She met her husband, Cole, while he was a student at Georgia Tech. He was on his way to the military and when he was dispatched to Fort Riley, Kansas, she went too.

For the next two years, Schnorf completed her business education degree at Kansas State, then spent two years in the travel industry. Subsequent layovers in Massachusetts and Alabama followed, as Cole pursued his graduate degree and a resulting career.

Meanwhile, Schnorf leveraged her degree into a position as a banking systems analyst – a role, she says, that “sounds really technical, but was absolutely not. I wish it had been computers!”

Computers would have to wait, however. In 1985, the couple’s first child – David – was born.

Out of the Job Market – Straight into Advocacy

Schnorf officially became a Marylander when her husband received a job offer in Baltimore. The young family picked up to move once again; this time making a new home in Linthicum.

Schnorf had dropped out of the job market entirely when her son was born – but now in a new area, with new opportunities, began to weigh her options.

“I thought I’d get my bearings, and meet new people,” she says. “I was wondering if I’d be able to find daycare, and so on.”

Then the couple’s second child, Julia, was born in 1987 with Down syndrome.

“This was all before the Internet,” Schnorf says. “This was in the early days, in the Dark Ages of the developmental disability movement.”

For the next 25 years, Schnorf’s focus switched to raising her family, and advocating for people with disabilities.

“It’s funny. For many of those early years, I thought, ‘We’re going to change the world!’,” Schnorf recalls. “But I ultimately started thinking, ‘If I can start small and change things for Julia – then all children with disabilities will also benefit.’”

In 1990, with the passing of the Americans with Disabilities Act and the amendment of the Individuals with Disabilities Education Act, progress was achieved. The hard work of inclusion was just beginning. She fought hard to make change; change that would allow her daughter – and children with similar needs – to attend their home schools.

Advocacy, however, was never a passion for Schnorf. As a mother, it was her mission.

“If I didn’t do that for someone who couldn’t do it for themselves, who would? Besides, that’s what parents do. They advocate for their children… But I always had it in the back of my mind that I’d be participating in business, not government. It was always there, that notion.”

Schnorf is both hesitant and matter of fact when discussing the illness.

“I was diagnosed with uterine cancer … and started the process of getting healthy,” she says. “I started my cancer journey. And that was another reason I couldn’t go back to work.”

Her dream of returning to the business world would have to wait again.

“I kept thinking, ‘My turn will come.’ And then one day, I realized I was 45 years old, with children and then with cancer, and no end in sight, and I thought, ‘My turn is never coming.’ And I think – in retrospect – the illness was the catalyst for me reevaluating my life.”

In 2008, Schnorf says she began seeing the light at the end of the tunnel. Her parenting days were, for the most part, behind her (the family had welcomed a second son, Stephen, in 1989, and another daughter, Christi, in 1993), and she was healthy again.

“When I left the job market, we were still using archaic computer operating systems, like DOS. By 2010, we had the Internet and Facebook… We had everything. But I hadn’t had any time to use any of the technology. And I knew I couldn’t go back to school – I had been out for so long. I wasn’t ready for any of that.”

“But my eyes and ears were open,” she says.

And her heart was pumping.

For two years, Schnorf had been working out at the Fitness Together studio when it was located on Chevrolet Drive. When the original owner floated the idea of selling the business, Schnorf was intrigued.

“In my head, I saw opportunity,” Schnorf says.

While her business education degree had provided its own particular insight, her advocacy journey had given her the opportunity to learn something new while simultaneously affecting change. Surviving cancer had shown her a new side of resilience.

Plus, she enjoyed working out, and had seen first-hand the benefits it provided with others.

“I had a pretty good understanding of being a client in this sort of place,” she says.

She asked the general manager at the time to stay on and transition her into the role. “She kept the wheels on the bus, so to speak, and helped me to get things up and running.”

Almost two years to the day from when Joan Schnorf became a Fitness Together studio member, she signed on the dotted line, and became its owner.

Over the last decade, Fitness Together Ellicott City has welcomed more than 1000 trainees, with an average age over 50.

“By the time a person is over 50 years old, they have a story to tell,” Schnorf says. “They have some kind of journey. And maybe it’s not as simple as a pivot [in lifestyle], but it’s a relationship, or a death in the family, or a child, or something. And when I get a chance to talk to them, I like to talk to them about their story.”

Like Anna, an 83-year old woman who had to walk with a cane and had lost the ability to drive because she lacked strength and balance. Week after week, her husband brought her to the studio in pursuit of her one goal: to reclaim her license.

And the stories continue.

“One of our clients came to us because she couldn’t pick up her little dog. She can, now. Another client couldn’t get up off the floor. Can you imagine how scary that would be? Another client had been training for a regatta to improve his power and speed, and we helped him to do that. There are so many success stories I could share. People have lost 75 pounds, 125 pounds. Those are big numbers – and not easy to achieve. There are so many different reasons that people come to us. But the number one reason is – it’s private. At Fitness Together, no one is judging you.”

As part of her continuous education, Schnorf recently attended a seminar about mastering the aging process, which redefined the period between the ages of 50 and 75.

“Did you know? Over the last 50 years, we’ve added about 25 years to our lives on average,” says Schnorf. “But those years didn’t get tacked onto the end – they landed in the middle. These so-called ‘found years,’ as the seminar called them, are the years where you can really reinvent yourself. The question is, ‘What do you want to do with them?’”

For the first time in a long time, Schnorf has a pretty solid idea.

Her first 10 years as owner of Fitness Together behind her, Schnorf is looking forward to another decade of steady growth. Health and fitness continue to change and evolve – and she looks forward to fine-tuning the studio’s nutrition support and cardio delivery systems. Maybe she’ll even tackle computers once and for all.