What are the dangers of overtraining? 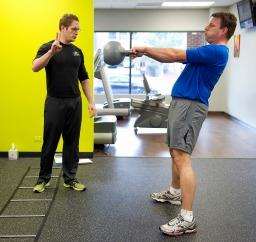 "It all boils down to knowing your own body and knowing when it's telling you to back off. Overtraining for one person might just be the norm for another. Certainly if you push yourself too hard your body will react by being inflamed, injured, run down, extremely fatigued or any combination of the above.

"Your body is a machine much like an automobile. If you ignore your flat tire long enough, eventually the car isn't going anywhere. Same with your body. If you ignore that sore elbow or stiff knee long enough you are playing with fire."

"Outside of nutrition, rest is the most important component of a sustainable long-term fitness program. The body has to recover from bouts of exercise.  And the older we get, the more important this becomes.

"Listen to your body and to your state of mind. If you are dragging yourself to a workout and are tired, it simply may mean you need more rest in between workouts.  More rest equals peak physical and mental acuity and fends off injury.  You'll get where you want to go faster by getting more rest."

"While exercising regularly is a great habit, there is also a thing as exercising too much.  Overtraining occurs when a person exercises at an intensity, quantity and duration that is more than his body can recover from.  The dangers of overtraining include excess weight loss, fatigue, weakened immune system, chronic muscle and joint pain, and appetite loss.

"Although overtraining is not easily recognizable, one should pay close attention to any signs that they are not allowing their body adequate time to recover.  Inadequate recovery time can actually be counterproductive to any workout regime and potentially dangerous, causing not only physical but behavioral problems.  These behavioral signs include impaired athletic performance, poor sleep or insomnia, and loss of enthusiasm and in some cases may lead to depression, anxiety and increased irritability.

"Both these physical and behavioral symptoms combined can greatly increase the risk of injury during any workout, thus it it is very important to avoid overtraining and to allow your body the recovery time that it needs and deserves."

"Acute overtraining typically involves a localized injury -- too much volume and/or intensity being placed upon joints or tissues, causing them to degrade or hurt.  Chronic overtraining is more of a systemic condition where because one is training more than they can recover from, hormonal and metabolic changes occur which can lead to depression, loss of appetite, a decrease in performance, and/or greater susceptibility to illness.

"Overtraining in any of its forms and manifestations is dangerous and counterproductive, as the goal of any fitness program should be to enhance rather than degrade the health, function, and well-being of the trainee.  It's usually easier to spot the signs of overtraining in others rather than yourself, so if you don't have a fitness coach to monitor you then pay attention to any feedback you get from those around you regarding negative changes in your mood or behavior."

"First, there are few people that will really overtrain as most people simply won't push themselves that hard. But that being said, the dangers are two-fold: stagnation and a lack of progress, and increased injury potential.

"The number one rule in training is you should not get hurt while training.  Overtraining increases that possibility as both your central nervous system and your muscular system are in a compromised state."