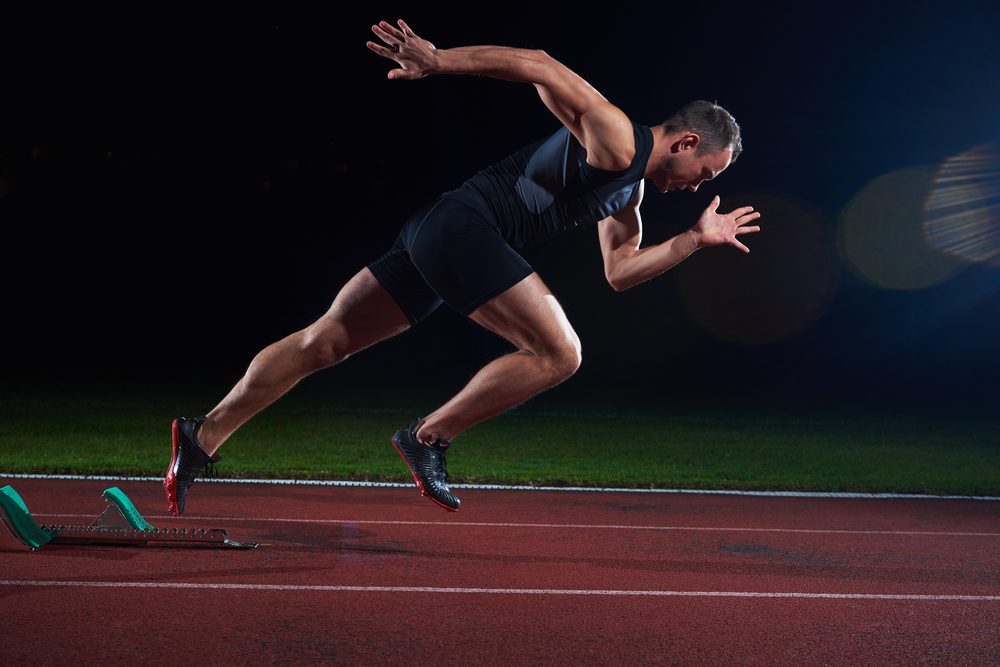 As the 2016 Summer Olympics kick off this Friday, an estimated 4 billion sets of eyes are expected to be watching the opening ceremony. And then, for the next 16 days, we get to watch athletes from all over the world vie for national recognition. It’s at once inspiring, exciting, beautiful, and overwhelming. Add to the list: convicting. For as we sit, sofa-bound in comfy clothes, snacks in hand, watching those who devote their whole lives to being as fit and healthy as humanly possible compete against other super hero-like beings, we can start questioning our own lifestyle (lap full of chip crumbs included). However, rather than self-incrimination, we vote that the Olympics should be a time of positive self-speak. That we should be inspired rather than intimidated. Because, really, you have more in common with the Olympians you’ll be watching than you might think. Yes – you and the torpedo-like swimmer or the built-of-rubber-and-springs gymnast you’re watching are alike in a few ways. Trust us.

On that note – have you set any lately, or are you on more of an ambition plateau? If you don’t currently have a living, active list of goals, then it’s high time to make one. Geoffrey Abert said that, “the most important thing about goals is having one.” And Tony Robinson tells us that, “setting goals is the first step in turning the invisible into the visible.” Use this Olympic season as your inspiration, and challenge yourself with setting a few. Want to run a 5k (or 10k) by Halloween? Or double your bicep curl weight by Thanksgiving? Or perhaps you’re brewing up a Phelps-inspired goal of swimming 25 laps without stopping? Go for it! No, really. GO. FOR. IT. You’re the only one who can stop you.

This Olympic season can be the best you’ve ever experienced. Thinking about how you can go from snack-munching bystander, to a contender in your own personal Olympic-style goals and competition can leave you feeling healthier, more inspired, and excited about your fitness.