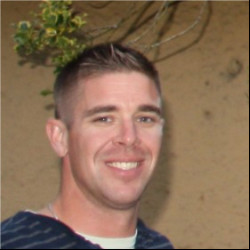 You might already know our owner, Michael Stevens, as a Fitness Together client— that’s how he was introduced to the business—but you may not know that he credits being out of shape with steering him into a career change.

Michael had always been athletic and active, but with crazy work hours and too much time at a desk or behind the wheel, he was admittedly too sedentary and started to gain weight. He had to make a change professionally and personally, and along came Fitness Together and a wonderful opportunity.

An entrepreneur at heart and former small business owner, Michael in recent years has worked at various company start-ups, mostly in marketing and sales director roles. While exploring ownership opportunities and ways to whip himself back into shape, he came across Fitness Together Providence. The client base was impressive, the training team was, too, and in a few months, Michael shed some weight and was on a healthy track and ready to dive back into small business ownership, purchasing Fitness Together Providence in February of 2018. Fast forward to mid-2019 and Michael found himself as a client once again, training at Fitness Together in North Attleboro where he was again impressed with the clients and trainers, and so history repeated itself, and he purchased the North Attleboro studio in October of 2019.

Michael has an MBA from the University of Rhode Island focusing on strategic innovation and, so, understands the challenges of business ownership. Before graduate school, he attended Roger Williams University and earned a degree in Public Administration. He also has a positive, can-do attitude that has seen him through multiple Tough Mudder competitions and Pan Mass Challenges, and as a former firefighter and licensed EMT, he can keep his head when, well, you know the rest.

When Michael’s not working with the Fitness Together team, he’s either out fishing or at home with a wonderful wife, two amazing daughters, an awesome Black Lab named Denver Dingle Doodle Duck (Denver for short), and a pesky schnoodle named Walter Whitey Bulger Cullen Stevens, who all love him no matter how much he can lift.