Benefits of Working Out in a Crowd 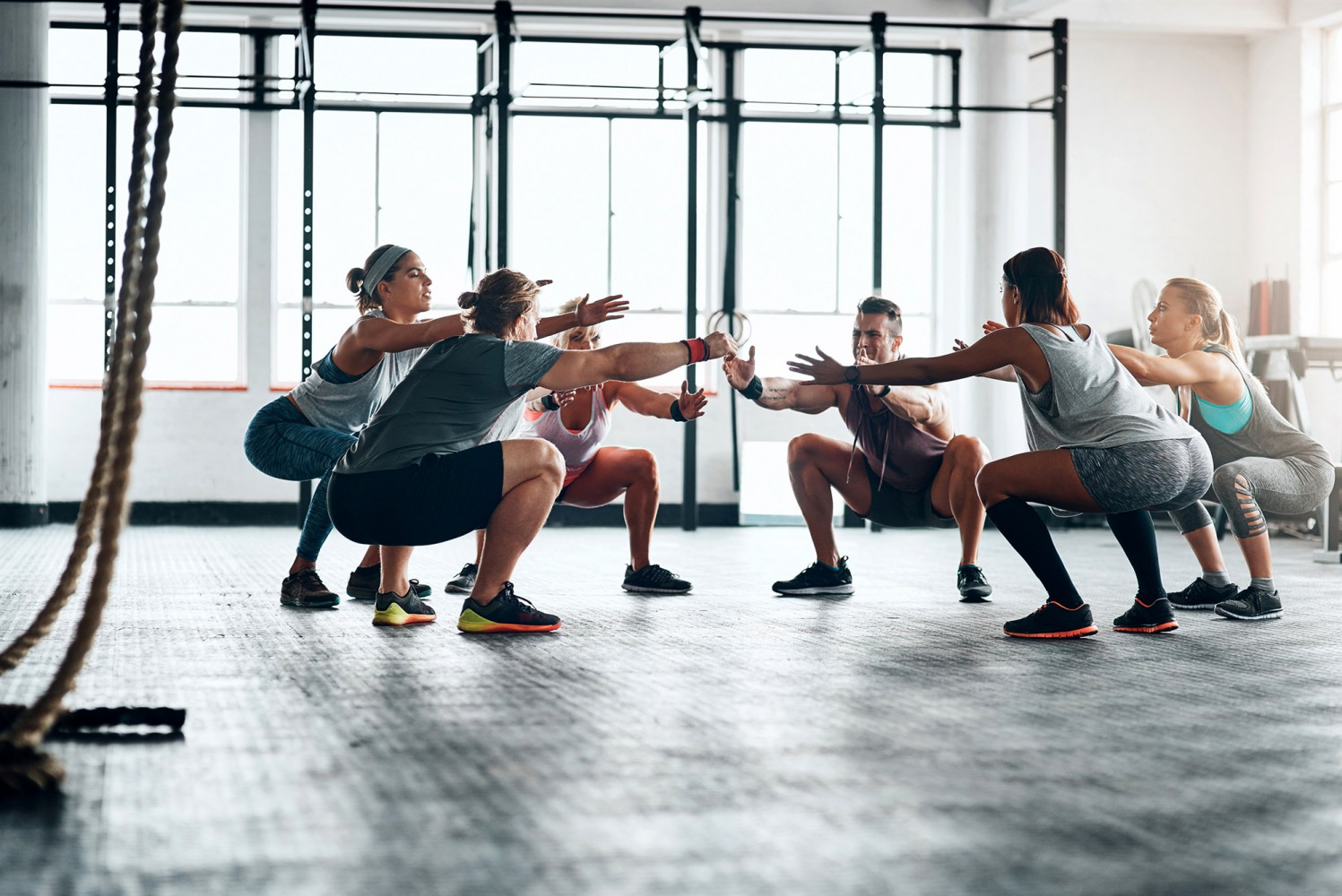 Benefits of Working Out in a Crowd

We've all seen it happen: finding the motivation to actually make it to 6 a.m. group workout; nailing the last round of squats when you see those around you powering through; or pushing yourself to shave time off your personal record when you run a 5k race. There is something to be said about the power of working out in a group — but what is it about exercising with others that motivates us?

We tapped some experts on the topic and learned that when it comes to workouts, there’s some truth to the old adage, “There’s strength in numbers.”

“Group activity may not be a new concept but it has certainly seen massive international up-trends over the last twenty years with rapidly rising numbers in spin cycling, aerobic and dance-based classes,” says personal trainer Rob McGillivray. “I believe it to be a key indicator that working out in a motivational pack or using it as a tool to enhance internal or external competitive performance is fast becoming the preferred form of exercise.”

Not only is group fitness having a moment, but it's having a significant impact on our health, too.

Research shows that the healthy actions of others rub off on us. A study published in the Journal of Social Sciences found that participants gravitate towards the exercise behaviors of those around them. And a 2016 study published in the journal Obesity found that overweight people tend to lose more weight if they spend time with their fit friends — the more time they spend together, the more weight they lose.

Which makes a pretty strong argument for making your workouts communal. But it’s just one of many reasons why it may be easier (and more enjoyable) to get fit in a pack.

Whether it’s a group fitness class at the gym or a run in the park with some friends, here are some of the specific benefits you can glean from working out in a group.

Increase your commitment to a fitness routine: “Working out with a crowd carries a plethora of intertwined benefits that include enhancing consistency, duration, motivation, conversation and inspiration,” says Dian Griesel, Ph.D., co-author of TurboCharged. “Workouts with others improve consistency because they involve a commitment. ‘No shows’ and cancellations get noticed by others and positive peer pressure can help curtail the urges to skip a workout … or quit.”

Push yourself harder: The Köhler Effect is the idea that no one wants to be the weakest link in a group setting. When it comes to fitness, this translates to pushing yourself harder when tasked with working out with people who are fitter than you.

A study published in the Journal of Sport and Exercise Psychology set out to examine how true the effect really is — having participants perform a series of planks both alone and with a partner (whose performance was manipulated to always be better than the participants). What they found was that working with a partner produced a motivation gain that allowed the participants to hold their planks for a longer period of time. In fact, those who exercised with a more-capable partner increased their plank time by 24 percent.

Other studies confirm that working out with a partner significantly increases time spent exercising. A study by the Society of Behavioral Medicine showed that working with a partner, especially in a team format, improved performance, doubling the workout time of those who exercised alone.

It seems that opting for a group setting for at least a few workouts each week may help you push yourself past the threshold you tend to hit when working out solo — whether that be in time or intensity.

Get a competitive edge: One reason why you may push yourself harder when others are grunting alongside of you is the innate competitive streak in all of us. “Group settings can lead to a positive competitiveness. For instance, wanting to keep up with those around you can make you push yourself harder than you would on your own,” says John Ford, certified exercise physiologist. “Seeing what others are capable of doing can inspire you to do more. I’ve personally had this experience: Watching others made me realize I had put some mental barriers up to pushing harder or trying different exercises/routines.”

“We found that when you're performing with someone who you perceive as a little better than you, you tend to give more effort than you normally would alone,” says Brandon Irwin, a professor of kinesiology. “In certain fitness goals, like preparing to run a marathon, consider exercising not only with someone else, but with someone who is that much better. For an extra boost, consider some type of team exercise that involves competition, like playing basketball at a regular time throughout the week."

Capitalize on endorphins: “Group workouts can have a couple of mental advantages over solo workouts. While it’s true that working out releases endorphins (think of all of that talk of a runner’s highs), a group setting can lead to the release of endorphins outside of just physical exertion,” says Ford. “One way is through smiling. Smiling has been shown to increase endorphin levels in studies. So when you’re in a great class or with a great bunch of people working out, that kind of conviviality can really make you feel great outside of just your runner’s high. An added benefit of this mood boost is that when you’re pushing yourself hard and struggling through more difficult parts of your workout you’ll feel better and more energized to complete the exercises.”

A study published in the International Journal of Stress Management found that people who exercised on a stationary bicycle for 30 minutes with a friend said they felt calmer after the workout than those who cycled alone. And it’s also just more fun: Researchers from the University of Southern California found that people who worked out with friends (or a spouse or co-worker) said they enjoyed the exercise more than those who sweat it out alone. Add that to the list of reasons why working out with others may encourage you to make fitness a habit that sticks.

Find support — and accountability — in being part of a team: “I believe the best way to workout is in a group setting. For several years, I have taught hundreds of classes, from yoga to boxing, and the best part of it all is the fun that participants have in their workouts,” says Yabut. “It’s an amazing feeling to see [people] do things they never thought they could until it took the person next to them to encourage them to complete that set, rep, mile or round. There’s a bond that is created when a group struggles, sweats, fights, and grinds their way through a tough workout. I focus on building relationships in class because if that happens, I know participants will come back tomorrow.”

And once that group workout is scheduled into your calendar, with other people banking on you showing up, it’s a whole lot harder to hit snooze a second time and roll back over.

“Participants leave happy to have ‘got their workout in,’ to have maintained their record of attendance and relationships, and to have survived another day in a healthy capacity within their fitness community,” McGillivray adds. “They look forward to the next encounter — Whether that encounter is craved due to fitness-related goals or the personal relationships cultivated, it is a win-win scenario for the participant's physical and mental state of health.”