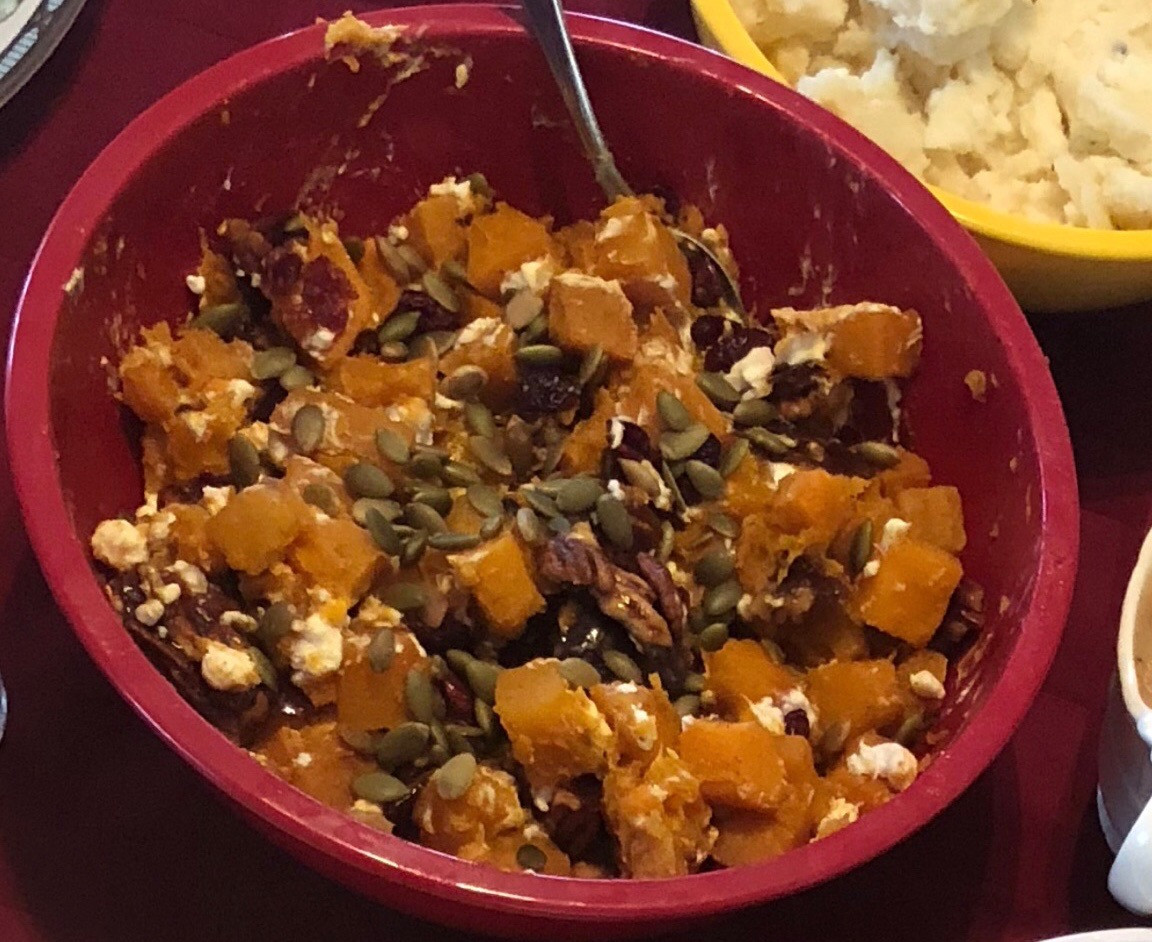 Salt, pepper and cinnamon to taste

Pre-heat oven to 375 degrees. In a mixing bowl, combined cubed butternut squash with olive oil, maple syrup, salt, pepper and cinnamon to taste. Mix thoroughly. Roast on a greased baking sheet for 35-40 minutes, until tender (may vary due to your oven).

Once squash is roasted, toss it into a bowl, set it aside and allow it to cool off.

For the candied pecans:

Combined brown sugar, salt, cinnamon and water into a skillet and cook over medium heat, waiting until the mixture dissolves and begins to bubble

Add pecans and cook for 3 more minutes, continuously stirring to coat all of the pecans

Break apart and set aside in a small bowl

Once the squash and candied pecans have cooled completely, mix together in a bowl, adding in the cranberries, pepitas and goat cheese and enjoy! It’s a healthy, yummy holiday side dish that’s sure to be a crowd pleaser.